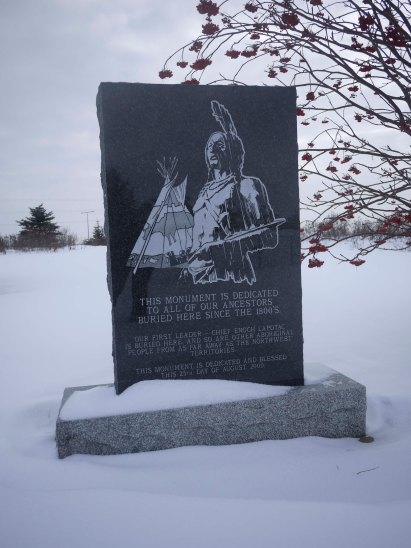 A while back, I received a list of names and other details for Camsell patients who were from the Sahtu Region (Deline, Fort Norman, Good Hope and Fort Providence) of the Northwest Territories. I wanted to double-check where it came from and how it was created – and also to make sure I could ethically share it online.

I had a good chat with Leeroy Andre, who lives in Deline, and was  the one who forwarded the list when I was searching for information on Joseph Elulik. He told me that a Catholic priest who used to work in the Sahtu, Father Denis, kept track of patients from the area who died while at the Camsell and were buried in Edmonton. About fifteen years ago, when Father Denis was in retirement in St. Albert, he brought Leeroy to the (Catholic) Winterburn Cemetery by the Anthony Henday and gave him this list.

Leeroy told me he’s already been in touch with family members of the people listed here, and he thinks it would be okay to share this information publicly in case it’s useful. I’ve also shared it with my colleagues at Enoch Cree Nation, which is trying to compile information on all the patients buried in cemeteries on Enoch land.

Please note: this is a direct transcription from a hand-written, photocopied document.